The Triumph of Style

I'm generally not one to favor that style-over-substance approach people like Guy Richie and Quentin Tarentino feel they can rely upon, but in some cases, it can be absolutely flooring. In some cases the style of a director can seem out of place in the majority of his or her films, but you put up with it because their films are interesting. I've always been a fan of Wong Kar Wai and felt that when he stepped away from his established style to make In The Mood For Love, it was the smartest thing he'd ever done (the film is beautiful in every way). Bits of the style he'd established in Chungking Express and Fallen Angels seeped into Mood, but it was essentially a departure. Departures from your established style can yield positive results (There Will Be Blood, Frenzy, Dersu Uzala), but, almost more exciting is what happens when you find the perfect use for the style you've created; the reason you had a voice in the first place.
My Blueberry Nights
by Wong Kar Wai 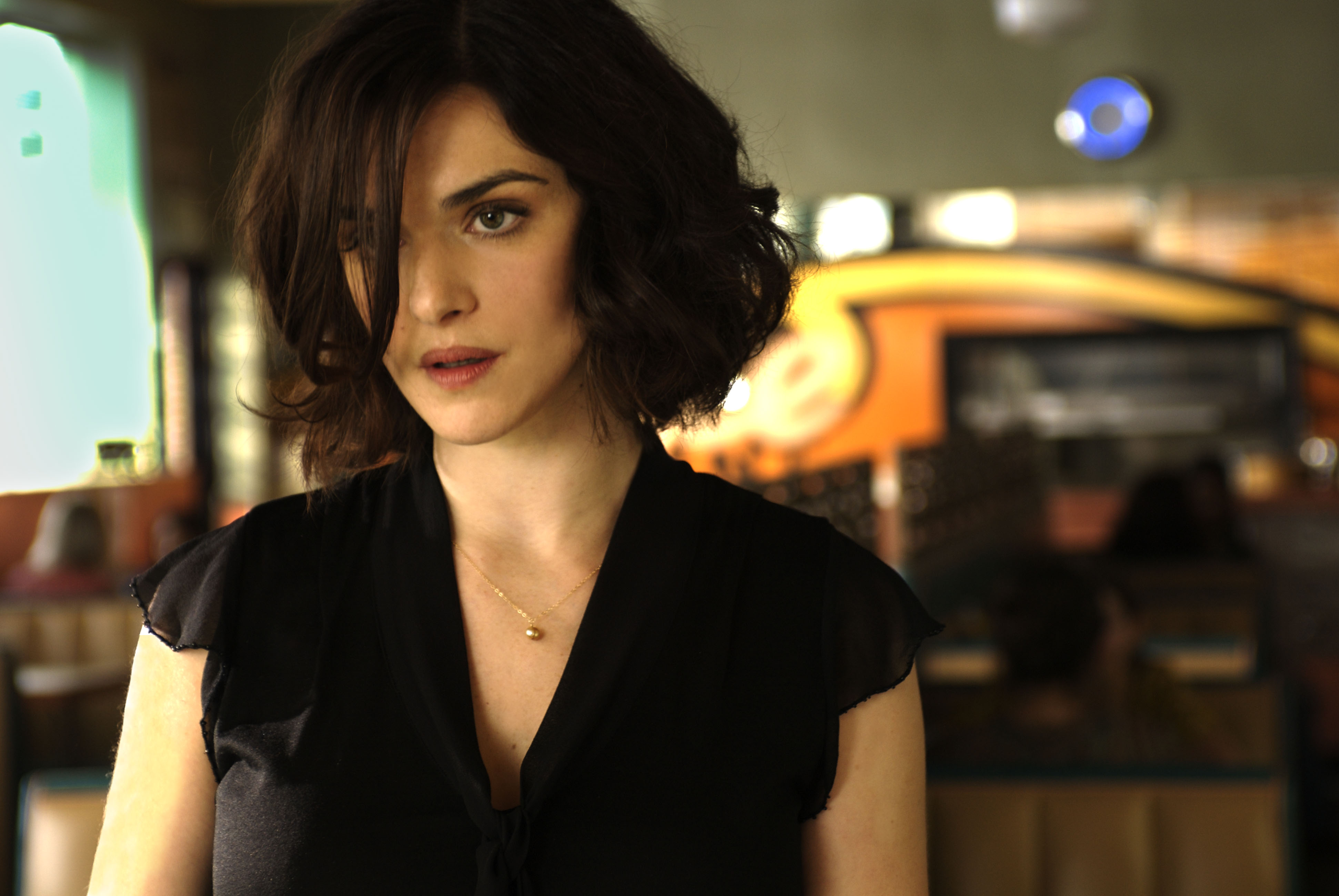 It's no secret that Wong Kar Wai loves America. He loves it as Sergei Eisenstein and Akira Kurosawa did before him. He loves it almost as much as John Ford loved it. His films have all been testaments to that love; He's made manic-crime films a la Point Blank; retellings of golden age Doris Day-Rock Hudson romances; he's structured entire films around pieces of American music; he's in the middle of remaking The Lady From Shanghai. He's the Jean-Luc Godard of Hong Kong; a cinephile's cinephile. Best of all he's managed (until now) to make his films incredibly entertaining in their own right, completely divorced from his fanboy's nature. When I say until now it's because if anyone else in the world had tried to make My Blueberry Nights it would have been unwatchable. A predictable, romantic comedy/road movie where the naive girl learns lessons from the kooky characters she meets along the way, all the while sending postcards to the boy she secretly crushes on. That is about as trite a plot as they come. But what saves it from certain failure is the fact that as I was watching it, Kar Wai's style (the very thing that had given me pause while watching his other movies) makes perfect sense. To put it simply this is the movie he was born to make.

This is Kar Wai's first english language movie (and if he were smart he might make it his last movie period) and stylistically he's never going to beat himself. The slow crank speed of his cinematography, the lingering, sweaty soundtrack, the shifting narratives, the blindsiding, ambiguous heartbreak, all of it adds up here in ways it never did in his Hong Kong films. Every cliche, every silly line, every tired plot device, every piece of narration, all of it would have killed any other film. Not this one. This is Kar Wai's loveletter to America and nothing (not even Norah Jones in the worst acting turn by a singer since John Lurie's debut in Stranger Than Paradise) could ruin it. The film has faults (even the title screams "wasted hour and a half!"), but they brought more smiles than anything. Rachel Weisz can't pick an accent? No sweat! Natalie Portman as a world-weary gambler? Isn't that cute!?! Cat Power is Jude Law's supposedly Russian Girlfriend? ...Actually, I really don't know what to make of that. Sure I guess she has the bangs to look kind of Russian, but she doesn't even fake an accent. And her music's all over the soundtrack. That one's a head-scratcher. But the point is that the folksy wisdom the lead inherits from the crazies she encounters feels fresh. He gets help from co-writer Lawrence Block in capturing that feel of modern southern lore, but here it's all in the camera. Silly, idealistic stories were meant to look like this, and to see that potential fulfilled (on both ends) was strangely satisfying. Never in a million years could I be asked to care about Norah Jones finding her way back to Jude Law, but, here I let it all wash over me like the gorgeous sunset, diner grease, cigarette smoke, and winter air that drift through the reels. Nothing has ever looked quite so perfect as the fluorescent lights of a Memphis dive through a camera in drop-frame slow-mo. 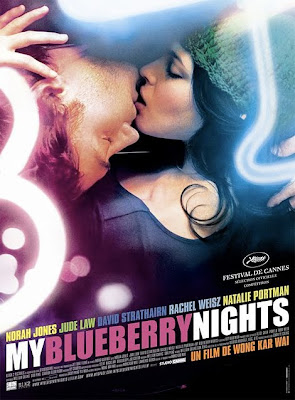 As it is I think there are two kinds of people who'll enjoy this movie: girls between 12-35 who love romantic comedies/Jude Law and me. Do I recommend this film to anyone who doesn't meet that criteria? HELL NO! But I can tell you that I was so ecstatic over the absolute success of Wong Kar Wai's storytelling that the fact that it's been told a million times never bothered me for a second. Sure it's been told before, to the point of irrelevance, but never by Wong Kar Wai. Never the right way.
posted by Scøut at 4/29/2008