The '68 Comeback Special: 24 Hours In The Life of a Woman

And so I find myself, once again, without subtitles. Up language creek without higher than a C in introductory French. Thanks for nothing Alina Christie! But I kid my one-time French Teacher who married into her job and spoke slightly worse French and far worse English than me. At times like these I wish I'd been a better student. But then I'd probably also be bitter that I wasn't traveling more. I do my traveling in John M. Stahl, Douglas Sirk and Vincente Minelli films, to places of the mind more than anywhere on a map. I've probably seen every inch of Rome, Paris and London in the films but never put a foot in either of them. Would I walk around picking out the spots where Sami Frey and Anna Karina sprinted like lost cats between cars or would they feel just as imposing and indifferent as Philadelphia and New York still do to me? Maybe that's why I like expressionistic atmospherics over social realism these days, why I've come to love studio bound films with the same, if not greater, passion I used to reserve for naturalistic films with anthropological interest in people, landscapes and towns. I treasure Winter's Bone, Ballast, Once Upon A Time In Anatolia & Tony Manero but maybe it's that a glut of great films with an objective eye and ethnographic senses of place aren't a guarantee in a given year anymore. 2013 gifted me masterpieces of the form like A Hijacking, Almayer's Folly, The Bling Ring, In The Fog, A Spell To Ward Off The Darkness, Stray Dogs & Stranger By The Lake but those films also build slightly on the abject, entrancing minimalism of Liverpool, Birdsong & A Screaming Man. It hints at a film culture in flux, beholden to no one tide or ideology and it's goddamn thrilling. At the end of every year I tend to gorge myself on all the new releases I missed while keeping a balanced diet of premieres and older works. So during this time a film with an inch-thick atmosphere and a menacing color scheme, like Leave Her To Heaven, Taza Son of Cochise or Some Came Running, seem like manna from movie heaven. I bring all this up because I get the impression that Dominique Delouche was trying to marry a modern, bleak honesty with an old fashioned dishonesty and found himself a little too early and a little too late. 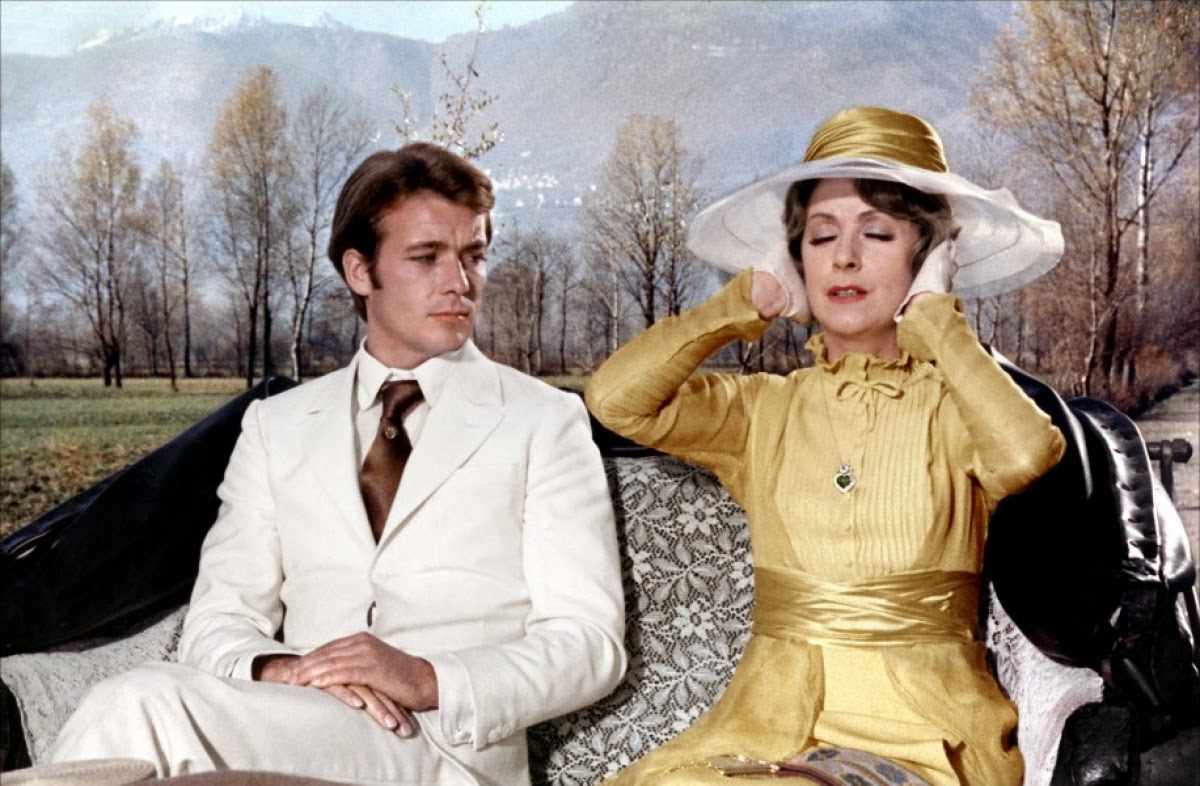 24 Hours In The Life Of A Woman, Delouche's entry in the 1968 Cannes Film Festival, a film-by-film examination of which David Cairns and I are getting perilously close to finishing, is what you might call an oppressive atmosphere piece. It's based on an oft-filmed novel by Stefan Zweig and focuses on the saddest millionaire in Monte Carlo. Danielle Darrieux, by 1968 an old hand at playing casualties of l'amour fou, is a newly widowed aristocrat who meets a young gambler and is instantly, against both civilized custom and her better judgment, drawn toward a dour but handsome gambler played by Robert Hoffmann. They share a whirlwind erotic companionship from which she hopes she can walk away from with a newfound lust for life. Fate, as usual, has sadder plans. Hoffman's interesting to stare at but he leaves very little impression next to Darrieux, who handily carries the whole film. Without words, faces are just about everything here, as if watching a silent film and Darrieux proved to me anyway that she could have held her own next to Madame's Garbo and Helm. She has a queer sort of wounded dignity, totally unlike anyone else in the world, and that was just square one. Delouche kind of hamstrings her a bit because he's after something different than the typical tearjerkers at which she excelled. She could go to 11 but he cuts her off at 4 the whole film. His aim was something both seductive and depressing, which is hard to get right when he plainly has nothing like a happy or interesting enough ending in mind. 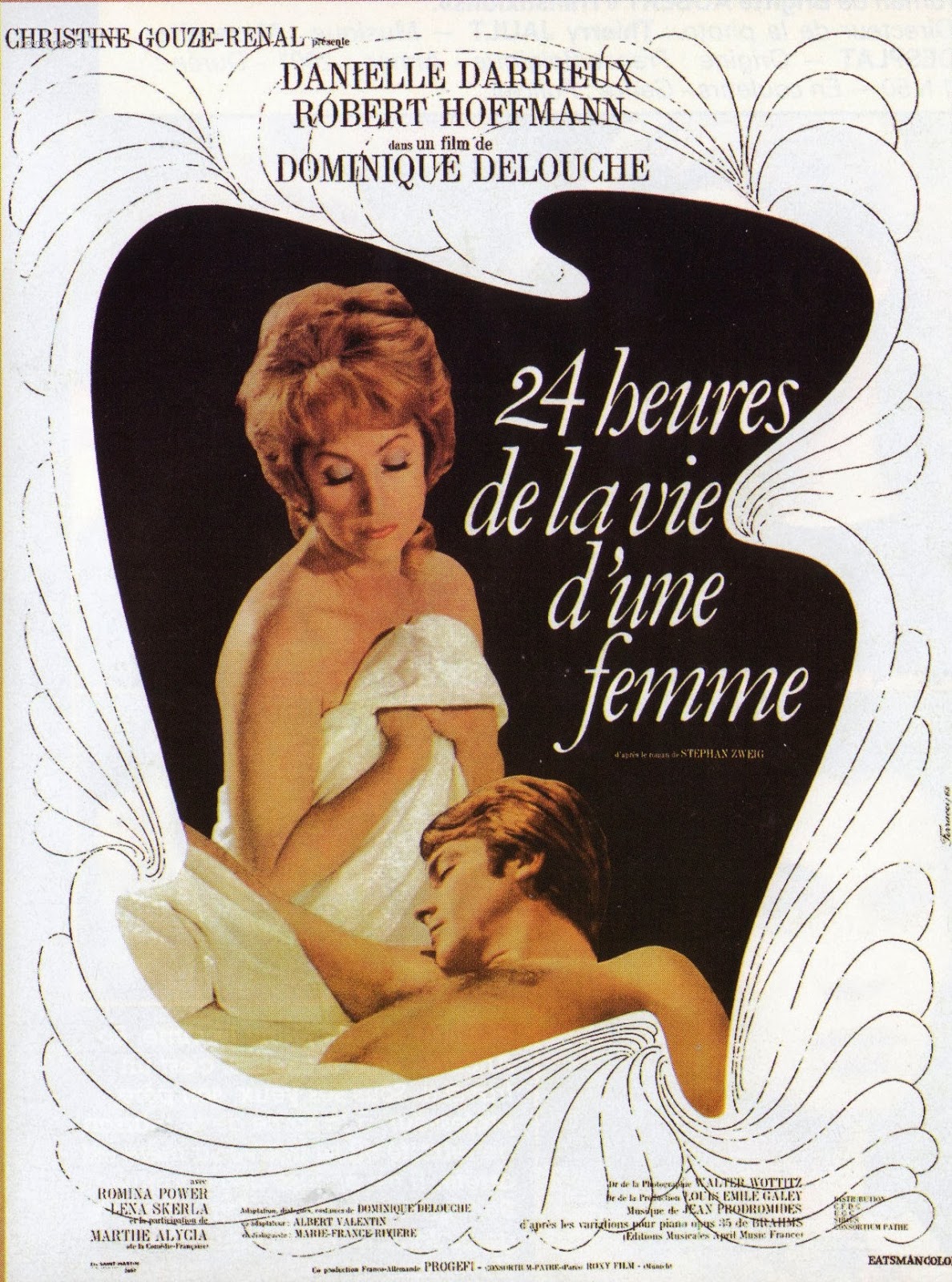 24 Hours is an experiment in atmospherics which wouldn't have mainstream champions until the 70s. What he wants to do is wed the florid emotional banquets of France, Italy and Old Hollywood in the 1950s with a much more modern idea of how to end a film. It wasn't that those films ended happily too often, it was that they had a way to slide the ending in without you quite realizing how badly you'd been fucked up. The term 'rollercoaster' might have lost all meaning but it was once a perfect descriptor. Sirk, Stahl and Jean Renoir didn't always leave 'em laughing, but the ups and downs and the way they took their bows made it all better in your soul. Think about Anna Magnani talking to the narrator in The Golden Coach. She's alone but Renoir wouldn't dare let us know that. It would have spoiled the fun and broken the spell. Delouche was riding an altogether different wave. Unfortunately it ran right over him while RW Fassbinder and Stanley Kubrick cut right through it like some of Bruce Brown's lithe young surfers. Like Aleksandr Zarkhi, who was across the croisette with another very dark adaptation, Anna Karenina, he failed to take off as a runaway international success because of his radical stylistic subversion. It wasn't necessarily that both films were too morbid, it's that the world wasn't prepared for it yet, having not let despair wash over them. 1968 and the canceling of Cannes was a big part of that. World cinema took a step away from an idealized studio production and embraced scrappiness and defeat. Not that I'm complaining mind you, as some of the best films of all time came out of this shift. Entire careers were built on it. If Coppola and his audience hadn't listened to the wind blowing in this direction, maybe he'd never have felt the need to follow up Finian's Rainbow with The Godfather, which is the platonic ideal that Delouche and Zarkhi were groping towards. They never again got a chance to prove to audiences beyond their home turf that they'd been ahead of the curve. Polarizing also-rans like Barry Lyndon and The Bitter Tears of Petra Von Kant hit at the right time and get the credit with the austerity crowd, though I prefer both of the films from '68. 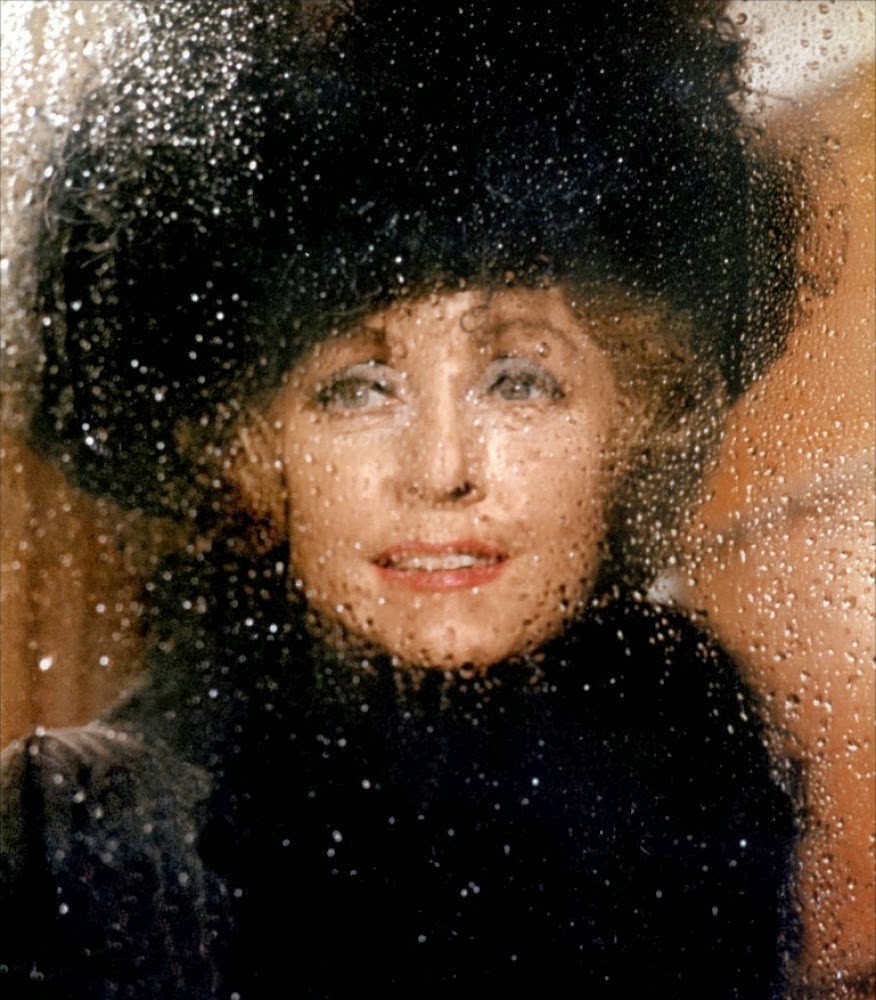 Delouche engineers a number of stylistic gambits that feel less like flights of fancy and more like flights into the 1970s. An erotic daydream on a purgatorial marriage bed, a ghostly watch ticking away the seconds of our woman's life, funereal marches through insanely appointed hotel lobbies, entire concert halls filled with the somnambulant rich. Walter Wottitz, who lensed the last few Jean-Pierre Melville films, helps turn the film's set, a posh casino, into a hotel of the damned filled with wealthy corpses, all the better for Darrieux to stand apart from in her purple and gold gowns and nearly irrepressible inner light. Peter Medak's spiffing The Ruling Class, featuring dear departed Peter O'Toole's funniest performance, makes the same gestures, though with nothing like the subtlety. Verve and vitality stifled by expectations. Delouche doesn't turn the supporting cast into skeletons coated in dust and cobwebs, but probably just because he didn't think of it. In the end Darrieux walks away from passion, not because it's what's asked or expected of her, but because she knows it'll extinguish anyway with a reliably unreliable cad like Hoffmann. Shudder-inducing stuff. And you understand all of it without a single word. Like so much else regarding the '68 Cannes Film Festival, you can hide the truth for only so long before it comes out. After a film like this, I'm glad I've got others to take comfort in because something like this can really get you down.
posted by Scøut at 12/30/2013