A pratfall can be a work of art, a study in disruptive motion, a klutz’s ballet. This choreography of humiliation is perhaps the least garlanded act in contemporary film, as no Oscars will ever be won for kicks to the groin or tumbles down the stairs... 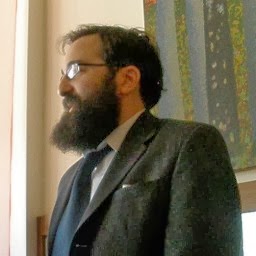 Robert Emmet Sweeney (February 8th, 1981-) grew up in Buffalo, NY before moving "to NYC to get a very lucrative Masters in Cinema Studies from NYU. Matt Singer was a classmate and good friend, who helped to get me an internship at the Village Voice, where the legend Dennis Lim was the film editor. The interns included a shocking number of great writers: Singer, Ben Kenigsberg, Akiva Gottlieb, Josh Land, Pete L'Official and many others.  Lim allowed me to write some of those short blurb reviews in the back of the section. You can blame him for everything I've done after in the film critical arts."

Sweeney has an unpretentious style, acting equally well as historian and critic. He's clear about action, technique and context, hooking you early and filling in every imaginable blank. It's impossible to stop once you've started one of his pieces. The clarity of his prose is accessible even to non-obsessive cinephiles. Sweeney has been a vital chronicler in film's descent into internet-based distribution especially for classic films. His column at TCM's Movie Morlocks is a reliable source for how/what to watch and what it means for film preservation. He's as curious and concerned about every step we take toward the future as he is connected to the history of the medium and the other voices who've covered the same ground. He'll open his reviews up with quotes from the performers, directors and other critics, drawing a roadmap through cinema for perspective travelers to rely on. He largely removes himself from the stories but when he does make them personal, as in a recent study of a newly renovated Buffalo movie palace, the result is awesomely affecting. As Adam Cook put it on twitter just hours ago: "It needs to be said and it should be said often that R. Emmet Sweeney is one of the best film critics right now."

On William Witney:
Film director William Witney changed the way movie punches were thrown. It has become a cliché to say that fight scenes are like dances, but for Witney this was just common sense. He saw Busby Berkeley working on a stage spectacle, and adapted that regimented method to action sequences, essentially inventing the job of stunt choreographer. Witney honed this approach over a forty-year career directing an astonishing variety of low-budget action movies, from 1930s adventure serials to 1970s Blaxploitation comedies....Witney spent the majority of his career in the hills outside Lone Pine, shooting Westerns in a week or two with Roy Rogers, creating a cohesive body of work out of bodies tumbling to the ground.

On The Prowler:
The protagonists of this sleazy little drama are Webb Gardner (Van Heflin), an oafish cop fueled by class resentment, and Susan Gilvray (Evelyn Keyes), a plasticine blonde bored with her milquetoast husband. Or, as Manny Farber described them, “an amoral rookie cop” and a “hot, dumb, average American babe.” Either way, they were born to torment each other. In the opening shot, Susan stares off camera, shrieks, and pulls down the shades. There’s a prowler outside, and we’re out there with him. After this self-reflexive jape, literally putting us in the shoes of a voyeur and jokingly incriminating the whole movie-going enterprise, Losey pulls back to the larger narrative....Sweeping the grounds outside, Webb circles around to the window in her bathroom. In a reversal of the opening shot, the camera is placed inside the window looking out, and Van Heflin takes our offending place where the peeper was first spotted. It establishes his perversity – he’s got a smarmy grin on his face – and re-enforces the possibility of ours. It’s the first of many shots where Webb is shown in transitional spaces – doorways, hallways and windows. The problem is that he always gets closer.

On Leo McCarey:
McCarey understood people, as Renoir said, and was able to convey this knowledge through his rapport with actors. His training in the pantomime of the silent era and method of spontaneous scene-building pushed his performers to physically expressive heights unmatched in classical Hollywood. He could compress a lifetime of repressed emotion into one delicate close-up of Bergman's incandescent face, or indicate a priest's mild subversiveness by having Crosby take a hop over a hedgerow. These little gestures over the course of his career constructed entire inner worlds, so each character is recognizably human, recognizably flawed. This made McCarey's comedies sad and his tragedies funny; that is, they contained the world in all its frustrating contradictions.