Scenario writers, producers, photoplay actors, endowers of exquisite films, sects using special motion pictures for a predetermined end, all you who are taking the work as a sacred trust, I bid you God-speed. 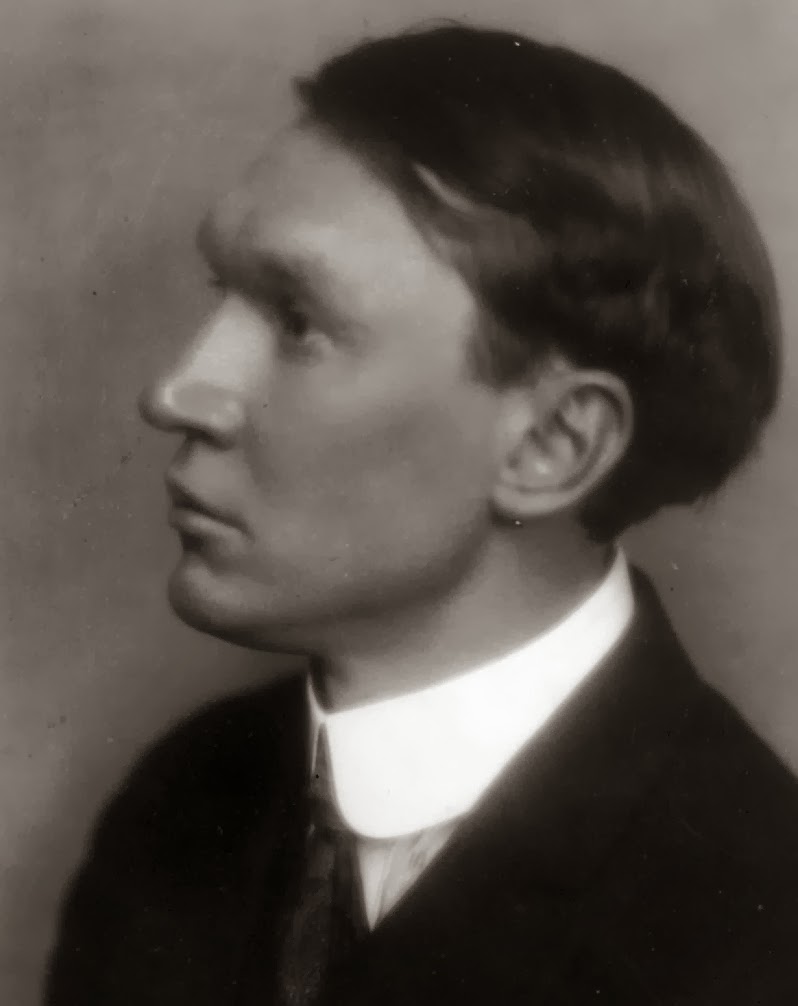 A poet and performance artist known as the 'Prairie Troubador', Springfield, Illinois-born Nicholas Vachel Lindsay (November 10, 1879 – December 5, 1931) came to criticism in the middle of an illustrious career that is rumoured to have included discovering Langston Hughes. He read film reviews in magazines and journals and was conversant with popular criticism in his writing, mentioning its style in his book Art of the Moving Picture. According to critic Stanley Kauffman, Lindsay saw motion pictures as a 'Key moment in Human Consciousness.' He compared film to paintings and saw great beauty and potential in what they could achieve, predicting that in time they'd be as revered as any painting, "a permanent addition to the
household gods." Sensing he was among the first people to make analyze film in the manner of other art critics, he took great delight in appraising its artists.

On D.W. Griffith:
[he] is, in Intolerance, the ungrammatical Byron of the films, but certainly as magnificent as Byron...The only real war that has occurred in the films with the world's greatest war going on outside was Griffith's War Against Babylon. The rest was news.

On The Cabinet of Dr. Caligari:
The furniture, trappings, and inventions are in motion to express the haunted mind... Caligari is undoubtedly the most important imported film since that work of D'Annunzio, Cabiria...compare The Cabinet of Dr. Caligari with a book of Rackham or Du Lac or Dürer, or Rembrandt's etchings, and Dr. Caligari is more realistic. And [George William, Director of the Denver Art Association, and a close friend of Lindsay's] Eggers insists the whole film is replete with suggestions of the work of Pieter Breughel, the painter. Hundreds of indoor stories will be along such lines, once the merely commercial motive is eliminated, and the artist is set free.