I'd Sleep With Dreams - James Chance 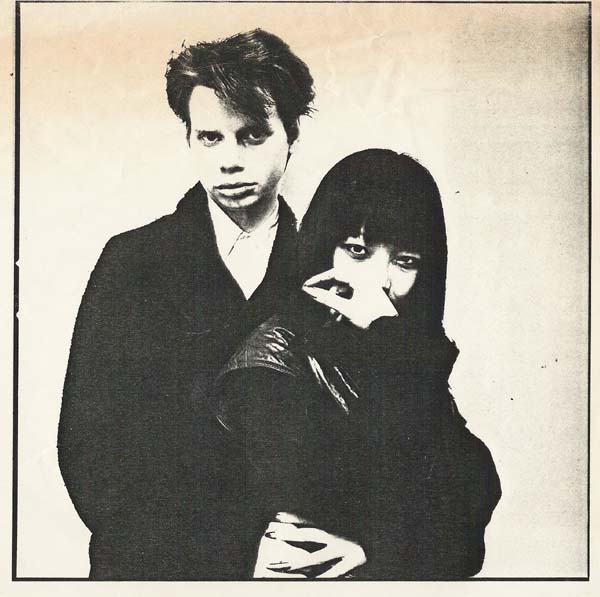 James Chance and the Contortions were a band from New York's No Wave scene. The scene was based around the most anarchistic artistic types you'd ever meet; the kind of people who found Dada to be too calm. The movement consisted of many different people and a few different musicians and bands. The four core groups were Mars, DNA, Teenage Jesus & The Jerks, and James Chance & the Contortions. They played music that was frantic and pretty much unique at the time. It was a little like a mixture of the middle of a stooges song as played by the B-52s. The musicians all played with each other and collaborated. Contortions frontman James Chance and guitarist Jody Harris and Teenage Jesus frontwoman Lydia Lunch all participated in a number of other No Wave projects (including films by other artists in the circle, one of which I believe involved Chance murdering Lunch). The shows they put on are legendary among the six people who remember them. James Chance used to put on shows and in the middle of a song would leap into the audience, harrassing women (fondling and biting them) and then picking fights with the men (he and Iggy Pop had this in common, as well as their frequent losses in these fights). The music of these bands (Harris' guitar playing especially, nimble and angry) has influenced many, many bands. Morphine, Yeah Yeah Yeahs, The Kills, The Ladies, Pavement, Nick Cave (he even looks a little like Chance, come to think of it). They were artists as much as muscians and had a big entourage to prove it. Jim Jarmusch, John Lurie and Jean-Michel Basquiat all hung around the No Wave sceners putting on shows (or just putting on suits and tagging along with them). The picture above of is Chance and then girlfriend Lunch. It's like staring at Death's prom photo, isn't it? Tree-mendous

Anyway, Chance was a live-wire, a snake; The Contortions have an interesting little niche carved out for themselves in music history (right between Adrian Belew and the hobo in Gavin Bryar's Jesus Blood Hasn't Failed Me Yet) and I think that too many people look right past them. In fact kids look right past that whole period between 78 to 84 (selectively choosing their top 40, industry punk, and late-stage Aerosmith hits) to the time before it. Post-Punk has a world of excellence to offer the world (they had guitar heros: Andy Gill, Harris, Bernard Sumner, Keith Levene, David Byrne, Johnny Marr, Will Sargent, Robert Smith, Jim Morrison-type balladeers: Ian McColluch, Stephen Mallinder, Ian Astbury, Smith again, Ian Curtis, Peter Murphy, psychadelic wall-of-sound freak-outs that would rival Jefferson Airplane: Mission of Burma, Throbbing Gristle, Glen Branca, Sonic Youth, Wire, our heroes The Contortions). My point is this: Chance was by all means a crazy bastard. He became a legend purely on his own terms: he shouted, twisted, dressed nicely, and made art with his friends as long as it suited him. To just be and be revered, friends that's life as it was meant to be lived. If I could one day be called the James Chance of anything, I'd sleep with dreams brighter than the sun. Anyway, James Chance was far too effervescent and artistically furious to remain in charge for too long and the contortions had their headstone carved in 1980. Rest, my Contortions, and we'll toast your ghost nightly.