The '68 Comeback Special: The Upthrown Stone

David Cairns and I have discovered that in reviewing any year at Cannes, there are going to be films that slip through the cracks. David made an excellent point after I made one of my essays on the '68 festival that looking at years that didn't get cancelled and trying to gauge the fate of the films that never got their day in the sun, the results are inconclusive. As late as 2012 this phenomenon took the Egyptian film After The Battle, a competition entry that received pretty poor notices, into obscurity just as quick as it threatened to make it a global sensation. Just think, a few positive reviews and it might have found its way to the Internet with English subtitles for us to start questioning what it was doing there in the first place. Every Cannes has a runt or two, but the world's most important film festival also has a way of losing track of its kids every year. To this day I've never found working subtitles to the 2010 entry Chongqing Blues, from director Xiaoshuai Wang, who might not be Wong-Kar Wai but he's an Arthouse lightweight at least. It's just sort of scrawled in the bylines that some films have to fade into obscurity so we can appreciate the importance of the few that wind up with the awards and money. Take a look through the Wikipedia pages of every Cannes lineup and see what I mean. Hell, I'd put some money on many people having forgotten some of the winners. Just the name of the game, I guess. Which brings me to Feldobott Kő or The Upthrown Stone. If you count the two films by Miklós Jancsó, Hungary had three films at Cannes, which ties it for second most represented country with Czechoslovakia, losing by one to the UK. Not bad, all things considered. Jancsó's The Red and the White is the best remembered of the three, The Confrontation has a minor reputation but I'd never heard of The Upthrown Stone before last year. 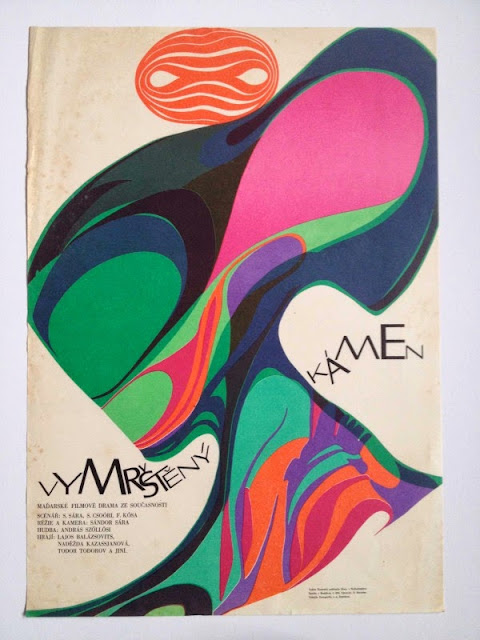 When I went looking for it all I could find was a TV rip with no English subtitles. So, like Chongqing Blues before it, I watched it deaf, so to speak, with only a meager plot summary in front of me. Turns out it works even if I didn't always know what was happening. The movie revolves, indeed the plot seems to orbit its lead like a satellite, around a young student who isn't allowed into a state sponsored film school because his father was just arrested very publicly. Humiliation and anger leads him down a different path working for a land surveyor out in a rural area away from hypocrisy of the state...or so he thinks. It isn't long before he starts seeing that the peasants whose land he works are under the thumb of the government too. Everyone suffers, everybody gets ground down. Maybe picking up his camera again is the best thing he can do. 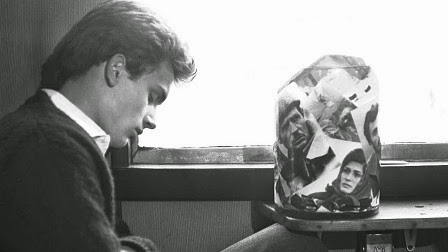 It'd be slightly dishonest of me to spend much time on the story or script, as I only really 'got' about half of it. But I don't need an illustrated guidebook and a flashlight to know good filmmaking when I see it. Director Sándor Sára has to be commended for making his images satisfying and wholesome and not in the Davey & Goliath sense. His stark, often purposely underexposed black and white compositions and the images he finds/creates do a number on your brain, then seem to slowly make their way to your stomach and start nourishing you. The material here is bleak, but the sense of outrage meeting love for human courage, animal beauty and the sanctity of the ground beneath our feet and the trees over our heads, could keep you alive during a hunger strike. The sequence towards the end of two horses tied together is the kind of thing you never forget; ditto the faces of the gypsies our hero photographs during a government mandated health inspection, none too subtly echoing the holocaust. The boy may be in disbelief but his camera and Sára have no choice. There is no faking the faraway look in the many eyes that stare through the lens and right into us. I do hold out hope that someone's going to track down the rights to this film, translate it and give it the resurrection it deserves but in the meantime, even in a butchered, pixely, untranslated, cropped .avi file, it's still a powerful experience. Outrage and the need to change things for the better is something one doesn't need language for. We all know the look in someone's eyes. The one that says "enough is enough."

An interesting footnote: the Czech films bear far more stylistic similarities to each other than the Hungarians. Firemen's Ball, Capricious Summer and A Report on the Party & The Guests all share a current of bitter, dark humour, all make heavy use of close-ups of the befuddled and/or menacing faces of their characters, use fairly classical editing and the staging makes use of the fore and background. There's a sense of both claustrophobia and agoraphobia, so to speak, allowing us to get lost in an abstract sea of people and conflicting ideas. Now, obviously the fact that 2/3 of the Hungarians were made by the same guy, but Sára and Jancsó have, beyond political conviction and a appreciation for big, open landscapes, nothing much in common. This could be because no one in the world made films like Jancsó at the time (Theo Angelopoulos could be called a stylistic contemporary, though obviously the men had vastly differing sensibilities), but Sára directs here like he's connecting beautiful tableau of suffering, mimicking his protagonist's interest and evolution as an artist. Both are valid approaches and as we'll see Jancsó was no slouch. I can't fight the feeling that something is being forgotten here...something important.
posted by Scøut at 10/03/2013