The '68 Comeback Special - The Awards 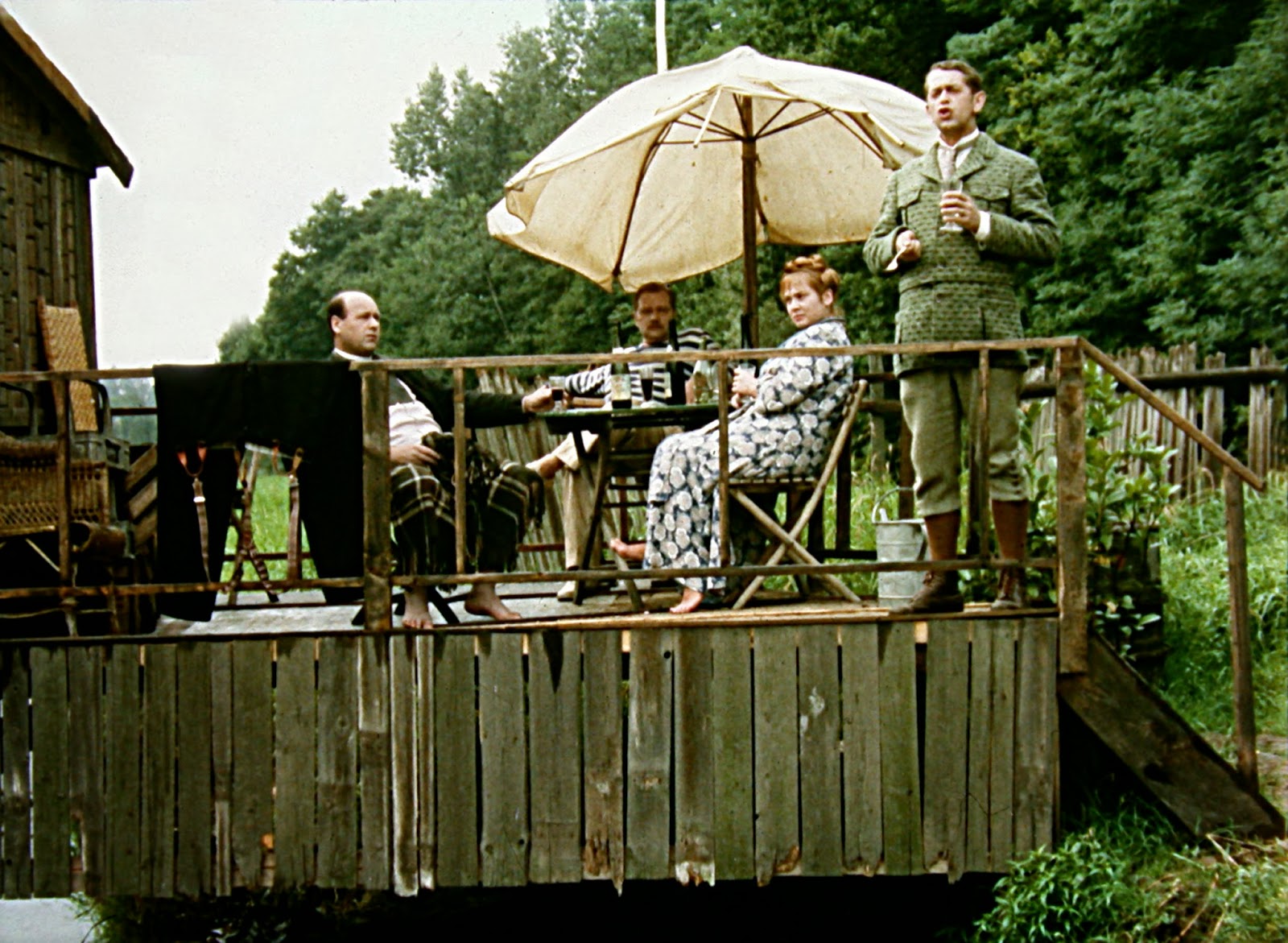 I'm beyond thrilled we decided on this. It's a film I fell head-over-heels in love with the first time I saw it and it's the sort of film that rarely walks away with the big win. It's slight, it's lovely, its ambitions are much more about improving your mood and lulling you into a cinematic spell. It's a joy, pure and simple, and runs a cool 74 minutes, occupying the same fugue state as Terence Davies The Long Day Closes and Jacques Tati's M. Hulot's Holiday, spaces of play tinged with bittersweet melancholy. You may not have your life changed, but you'll almost certainly want to live in these films. 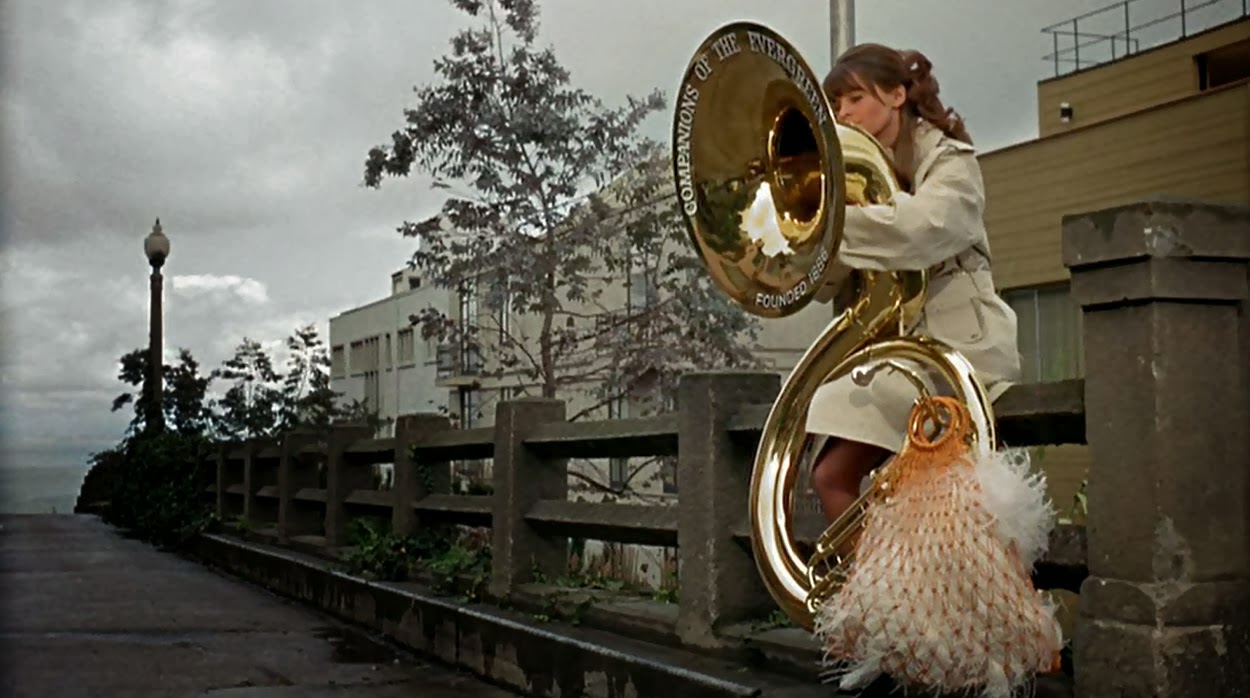 This was tougher. We both agreed that these films deserved recognition for their formal chops and ability to upset and enchant in equal measure. Their of a kind, when you get right down to it. Women punished for expecting to wait on men, now ghosts in their own lives. Richard Lester uses his pop-psychedelic montage to its greatest imaginable effect, crafting a world of facades where it's easy to understand how pain is hidden and ignored. It's easier to pretend we fit in than to really look at ourselves and our suffering. Kuroneko places the same story in the context of historical Japanese art. Kaneto Shindo presents a fourth wall-smashing miasma where women are at the mercy of men corrupted by war and honor, or lack thereof. Both are haunting, both are splendid, both uniquely cinematic stories. 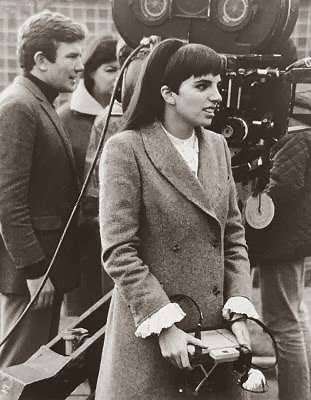 As David pointed out in his late show-edition of the comeback special Finney only directed one movie. Like Brando before him, all it took was the failure of a film he cared about for him to kind of drop out of the artistic vanguard. Still shows up for a paycheck, and in largely decent movies, but ever since Charlie Bubbles that twinkle's been missing from his eye. Finney has a knack for innovation that proved he wasn't just idling between takes working for Tony Richardson and Karel Reisz. He dreamt a lot of ingenious devices people are still copying, discovered Liza Minelli and all the while gave one of his best performances. Not bad for a first try, is it? We almost gave the prize to Marcello Fondato, but Finney's been given almost no credit for the elegiac Charlie Bubbles so we're hoping to right some of that egregious wrong. Now, how about a blu-ray, world? 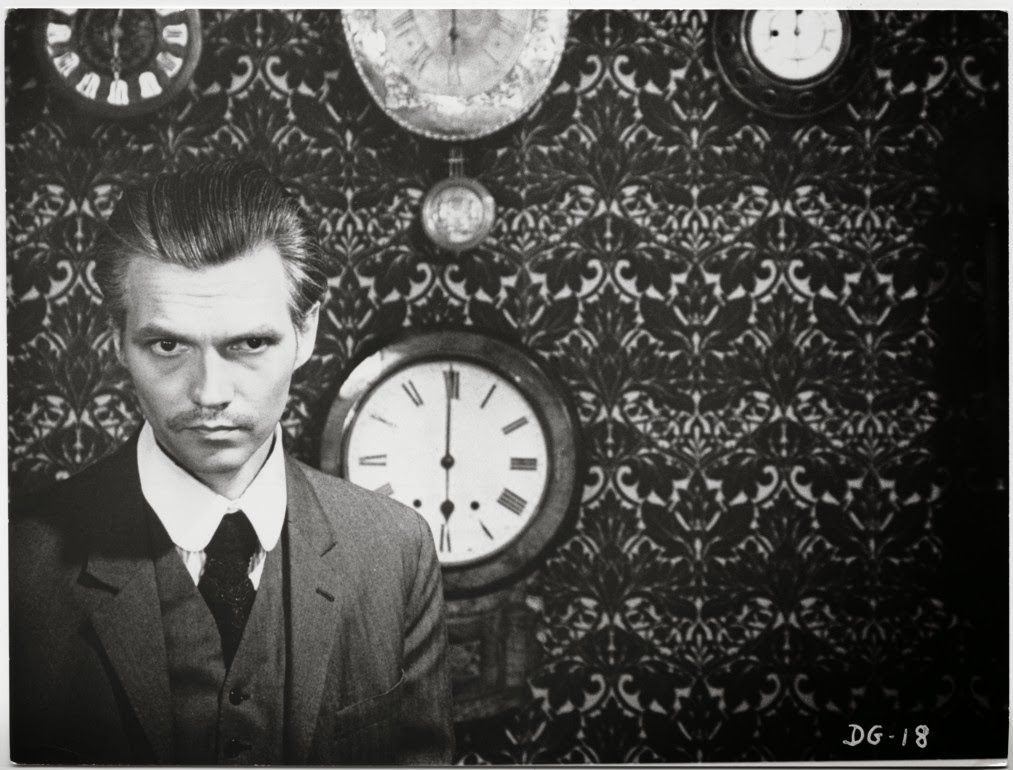 Speaking from personal experience, Mai Zetterling's Doktor Glas was the ideological pièce de résistance of the Totally Illegal Film Festival. The Long Day Closes shut us all up with its suspenseful gymnastics and raw imagery, but Doktor Glas had us all talking. About motivation, about patriarchy, about abortion, about murder, about justifications. Any film that can get a room full of people volleying interpretations at each other is worth talking about. Doubly so considering that no one talks about Zetterling. Criminal, we say! Criminal! 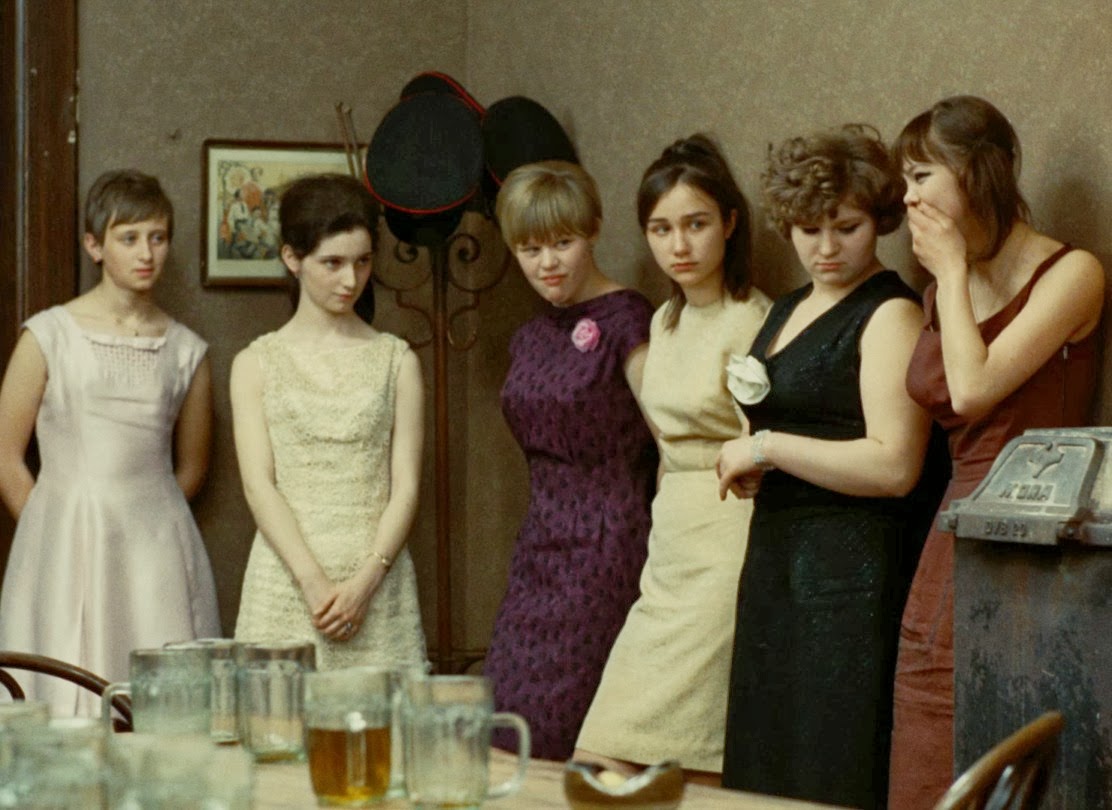 Bitterly funny and warmly cynical, Firemen's Ball ties you into knots with its many strains and schools of humour, its sly critique of authority and coterie of non-plussed faces. Though directed in a style that would inform every third major American classic of the 70s, without its razor sharp script, one of the finest of an unprecedented era of charming malcontented masterpieces. And as dark as it gets, it never loses its cock-eyed wit, and makes you smile ever broader with every new defeat. 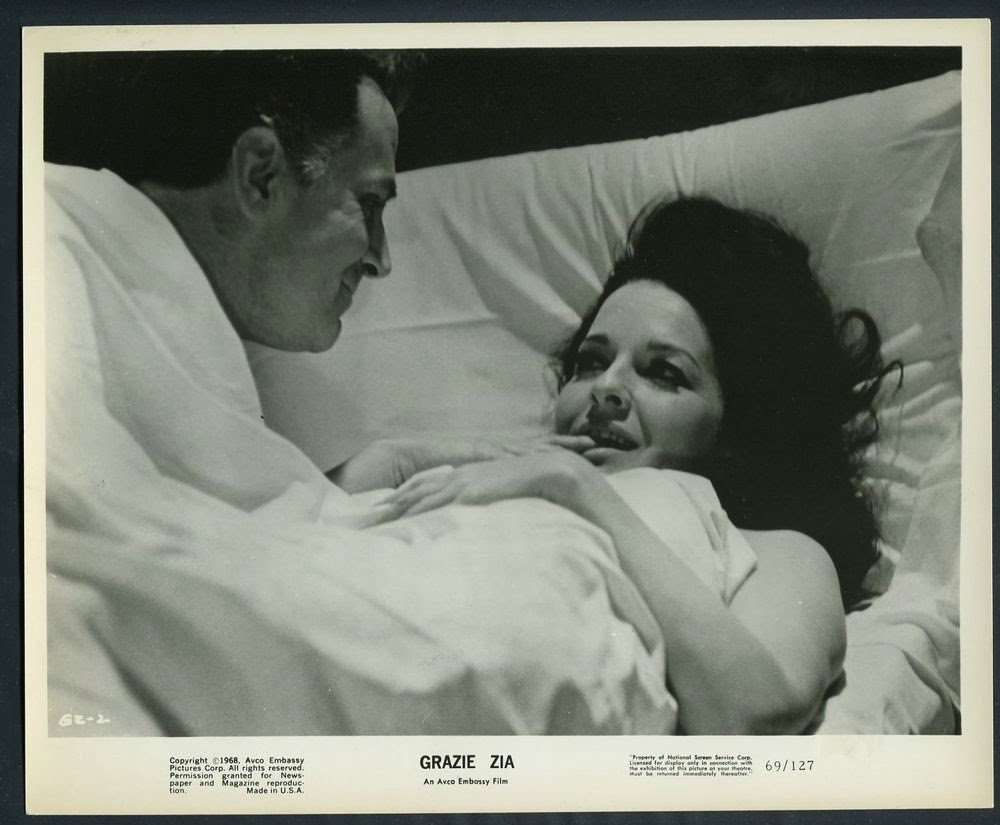 Quite simply she's the whole film. The rest is D.O.A. Gastoni, who was not often asked to do more than look disturbingly gorgeous, seems weighted down not just by her lot in life but by the script, and her weariness is transcendent. She retains her irresistibility, her adorable remove, the untouchable quality that makes you fall for her, but her melancholy seems in danger of outweighing it. That battle is by far the most compelling conflict in the film. Her performance makes this horrible, horrible movie worth watching. That is no mean feet. 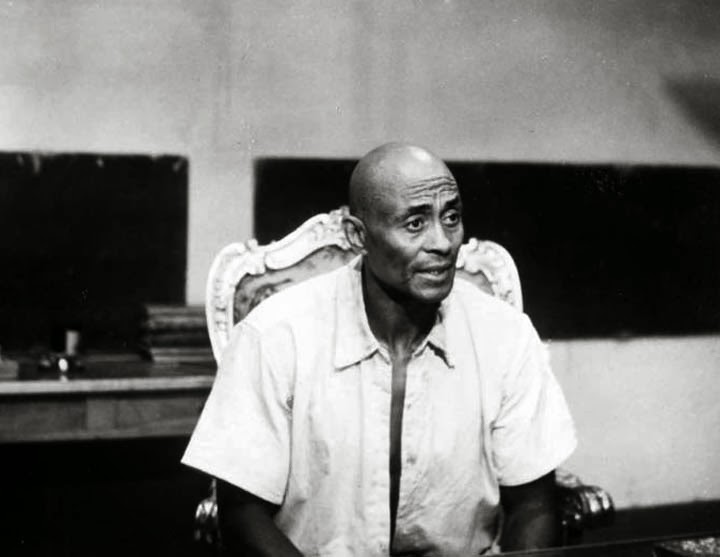 Strode is the ultimate underrated American performer. No Oscars, no Golden Globes, no retrospectives programmed around him, no tacky portraiture available in the lobby of similarly tacky Vegas hotels or wild west gift shops. He was never stretched by American directors, so much as they leaned on his chiseled features for support whenever they needed an illustration of winsome sturdiness. Not handsome so much as monumental. It took an Italian (and not Sergio Leone) to put Strode's face in the context it so richly deserved. His performance is undercut slightly by dubbing (not bad dubbing, by any means) but he's so perfectly attuned to the character of a martyr in rags that even though his death is inevitable (see: title) it becomes high tragedy. We cannot look away. We don't want to. 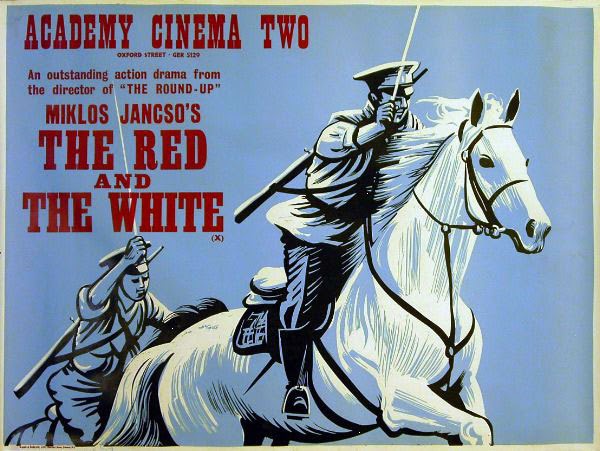 Even before his tragic passing there was no question that Jancsó was the only pick for Director. As I've said 150 times, he remains the only filmmaker good enough to have two films, which, it should be noted could not be more different even if they are quite evidently the work of the same man, in competition for the highest honor at Cannes. How did this titan become, in Adrian Curry's words, "something of a forgotten man?" Perhaps it was that he was constantly denied the Palme? Or that it appears as though the majority of his films never made it to the US? Maybe he was just too embedded in his mythic modernism? Whatever excuse we've come up with isn't going to do anymore. He was a genius who made several undeniable works of beauty and he deserves more than what we've given him. As far as I'm concerned that ends today.
posted by Scøut at 2/27/2014

"Dr. Glas" was a project Carl Th. Dreyer wanted to direct. Zetterling is a neglected talent both for this and "Night Games" -- the film that outraged Shirley Temple

Well we wouldn't want to upset the late Ms. Temple, but let's see her make post-modernist masterpieces that hurt like this. But I kid the former moppet. She clearly made a lot of people happy, but Zetterling did more. Dreyer's Glas would have been fantastic and I wonder how much of it made its way into both Gertrude and Day of Wrath. Gertrude KIND OF works as a sequel to Dr. Glas